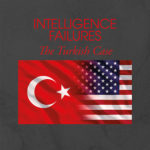 “This volume is a challenge to sum up a simple intellectual adventure that began as a typical academic affair, stemming from a European Union project, intended to build up a little educational bridge between Europe and Turkey. The initial project was transformed into a new research study that lasted ten years. I have selected some of the things I discovered and learned. First of all, I had to deal with the necessity to understand some of the worst geo- political failures of our time. In 2008, the European project was focused on the Europeanization of Turkey, seen as the greatest example of spontaneous Westernization in culture and civilization. Nowadays Turkey seems to some observers the greatest example of spontaneous de-Westernization, an immense failure, aggravated and surrounded by many other Middle Eastern failures, where millions of people have been killed and trillions of dollars have been lost, robbed to medicine, education, infrastructures, and civilization. Finally, there have been rumors regarding Western subversive attempts against the Turkish political leadership. An unsuccessful attempt is an obvious failure. Not to attempt, but to leave the heavy suspicion that Western governments were responsible for wretched interventions, is an even greater failure. I have listed the first major failures, but there are many more”.
(from the Foreword)

Francesco Sidoti has been awarded the title of Emeritus Professor in the University of L’Aquila, Italy. He has been Research Fellow in the Centro Studi di Scienza Politica (Turin, Italy) directed by Norberto Bobbio; Docteur de Troisième Cycle in the École des Hautes Etudes en Sciences Sociales (within the VI Section, founded by Fernand Braudel in Paris); Guest Scholar in The Brookings Institution, Washington Dc. This book is the conclusion of ten years of research on Turkey, Westernization and de-Westernization, including coups d’état and asymmetric wars.
This volume is the first of a series dedicated to intelligence failures. The second shall be dedicated to China.